The joint healthcare venture between Amazon, Berkshire Hathaway and JPMorgan Chase will shut down, less than three years since it pledged to use the companies’ combined heft to lower costs and improve care.

The announcement of the joint venture in January 2018 wiped out tens of billions of dollars in the value of other leading healthcare companies, in anticipation of the potential that the three major US companies had to disrupt the spiralling costs of US healthcare.

Expectations were heightened further when it was announced that renowned surgeon Atul Gawande would be its chief executive. He stood down in May last year to become Haven’s chairman, later telling the Financial Times that the coronavirus pandemic had meant “needing to spend more time getting back on the public stage”.

Haven Healthcare informed its 57 employees on Monday morning that it will close by the end of February, according to business news channel CNBC, which first reported the news. Most of those employees will take up or return to roles at their respective parent companies.

Clearly Amazon was doing its own thing

The three companies will continue to work together on healthcare “informally”, she added.

An Amazon spokeswoman declined to comment directly on Haven’s shutdown, but stressed that it would have no impact on Amazon Cares, the company’s tele-health-focused service used by its employees. A report by Business Insider last month said Amazon was in talks to offer that service to other companies. Amazon on Monday declined to comment on the report.

Jamie Dimon, chief executive, sent a note to JPMorgan’s US employees on Monday informing them of Haven’s closure.

“Haven worked best as an incubator of ideas, a place to pilot, test and learn — and a way to share best practices across our companies,” he wrote. “Our learnings have been invaluable, and I look forward to working with all of you as we seek to make healthcare better, simpler and more affordable for all.”

The US healthcare crisis has been a recurring theme in Mr Dimon’s annual shareholders’ letters, in which he offered up Haven as a solution, describing the three companies’ “extraordinary resources” as a way to better serve Americans. By January 2019 Mr Dimon spoke publicly of Haven’s plans to offer health advice to the public at large, rather than just the companies’ own employees. 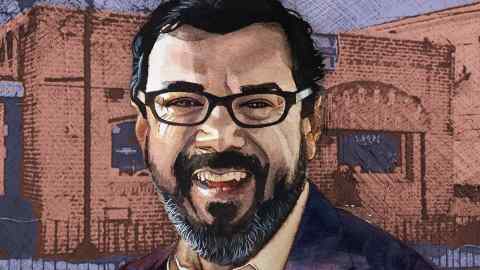 Haven’s shutdown will confirm the view held by some in the healthcare industry that it was a well-intentioned non-starter.

“Clearly Amazon was doing its own thing,” said Lawton Burns, healthcare management professor at the University of Pennsylvania’s Wharton School in Philadelphia.

“Trying to do all that other stuff with two other companies, and you’re not co-located, you’re not working in the same industries, let alone geographic areas. That’s a lot of heavy lifting.”