The Major League Baseball franchise in Cleveland, Ohio, says it intends to drop its team name of more than a century, making it the second professional American sports team this year to eschew indigenous insignia that many perceive as racially insensitive.

In a statement Monday, the club said it would continue using the Indians name until the organisation was able to finalise a new moniker, a timetable for which had not been established.

Paul Dolan, the Cleveland owner, said the franchise consulted with local indigenous groups regarding its decision.

“Hearing first-hand the stories and experiences of Native American people, we gained a deep understanding of how tribal communities feel about the team name and the detrimental effects it has on them”, he said.

News of the expected name change was first reported by The New York Times.

The move by Cleveland follows a decision this summer by the American football franchise in the US capital to rebrand as the Washington Football Team. That organisation bowed to years-long pressure to forego its earlier moniker, the Redskins, widely considered a racial slur.

The moves by both teams underscore the magnitude of change within the US, after the police killings of George Floyd and Breonna Taylor earlier this year prompted renewed and intensified discourse on race relations. Both organisations faced scrutiny for their use of native terminology for team mascots, and Washington owner Dan Snyder once defiantly declared he would “never” change course.

Cleveland’s baseball organisation has been known as the Indians since 1915. About three years ago, it abandoned use of a polarising logo — which depicted a cartoonish indigenous chief — on uniforms and in-stadium signage, after facing pressure from Rob Manfred, MLB commissioner, who said it was “no longer appropriate”. 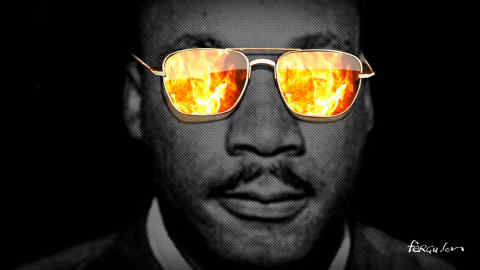 Formally rebranding a professional sports franchise is estimated to cost millions of dollars and can take years, when taking into account intellectual property, merchandise and outfitting costs, and securing approval from league officials.

As such, the capital’s football franchise began its 2020 season under the presumed temporary Washington Football Team moniker, as the organisation evaluated permanent options. Mr Snyder in September told The Wall Street Journal that the label could end up sticking, given a popular response from fans.

Native mascots and team names remain commonplace from US high school sports up through the professional leagues. Among pro franchises still using indigenous names are baseball’s Kansas City Chiefs and the Atlanta Braves, as well as hockey’s Chicago Blackhawks.