Germany’s financial regulator discussed the “cultural background” of Wirecard short-sellers and told the country’s finance ministry that it was “striking” that most of those betting against the now-defunct payments group were British and Israeli, documents seen by the Financial Times show.

The BaFin watchdog submitted a memo to Germany’s finance ministry in May 2016, two and a half months after anonymous short-sellers published the highly critical “Zatarra report” accusing Wirecard of criminal misconduct, which sent its shares down more than 20 per cent in a day.

The six-page document highlighted a “plethora of suspicious market participants” that were trading Wirecard shares in a “strikingly profitable way”.

It continued: “It is striking that the suspect individuals (which besides natural persons also include Anglo-American ‘hedge funds’), all appear to share a rather homogeneous cultural background — mainly Israeli and British citizens.”

The financial regulator appears to have seen this as an indication that these investors may have acted in concert in an attempt to conspire against Wirecard. “It cannot be ruled out that this is a matter of a network-like structure (‘insider ring’),” the memo said.

BaFin’s focus on the cultural background and nationality of Wirecard sceptics raises new questions over its handling of allegations against the company. “BaFin’s statement is evidence of a deeply rooted siege mentality and a repulsion of Anglo American capital market structures,” said Danyal Bayaz, a member of parliament of the Greens.

Confirming the memo was genuine, BaFin insisted that neither cultural background nor nationality was relevant to its Wirecard investigations. “The wording chosen [in the memo to the finance ministry] was certainly unfortunate and can easily be misread,” it said in a statement to the FT.

Wirecard, which at its peak was worth €24bn, collapsed last summer in one of Europe’s biggest postwar accounting frauds, causing billions of losses to investors and creditors. The scandal continues to send shockwaves through Germany’s political and financial establishment, with a parliamentary commission investigating regulatory and political failures in the run-up to the collapse.

The company was for more than a decade seen as one of Germany’s rare technology success stories. But it began to unravel in 2019 after the FT reported on internal documents pointing to far-reaching accounting fraud that triggered a special audit by KPMG, the professional services company.

The same year, BaFin filed a criminal complaint against two Financial Times journalists who reported whistleblower allegations against Wirecard. The watchdog also imposed a two-months ban on shorting Wirecard stocks, brushing aside concerns by the Germany central bank against such a move.

Critics have long accused German regulators, including BaFin, of trying to defend Wirecard against foreign criticism in an attempt to nurture a homegrown success story.

Felix Hufeld, BaFin president, last year described as “utter nonsense” the suggestion that the watchdog’s actions were part of “Frankfurt versus London” battle or an attempt to protect “a youngish German company against foreign intruders”. 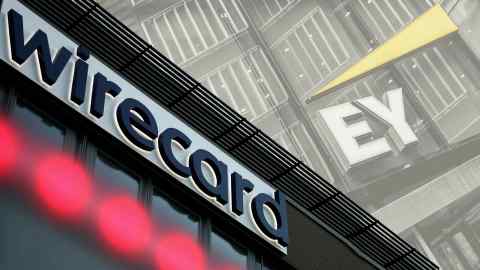 Mr Bayaz, the Green MP, said the fact that BaFin in an official document sought to explain market manipulation by highlighting cultural backgrounds suggested it was willing to use “any possible argument” to back its view.

“This language gives a deep insight and is unworthy of a German regulatory agency,” said Mr Bayaz, adding that BaFin failed to properly investigate the allegations made in the Zatarra report.

BaFin in its memo asserted that the authors of the Zatarra report did not properly disclose their own short positions and hence potentially conducted market manipulation, a criminal offence that can be punished with up to five years in jail.

The regulator added that evidence gathered from suspicious activity reports filed by banks to a different European supervisory authority pointed to similarities that suggested the suspects may have worked in common. These included the fact that they were based near each other and used similar email addresses as well as identical IT infrastructure.