US consumers are forecast to send back a record $115bn worth of unwanted goods purchased over the holiday season, handing yet more business to delivery companies but hitting retailer profit margins and intensifying concerns over the environmental impact.

Retailers have been left facing millions of additional items to process as a result of a surge in ecommerce orders, which consultants said were about three times more likely to be returned than purchases in bricks-and-mortar stores.

Clothing items bought online are particularly likely to be sent back, since shoppers who cannot try them on order multiple variants with different sizes and colours. Gifts also have higher than average return rates.

Yet the relentless rise of online shopping during the pandemic has led the phenomenon to spread to a wider range of goods this year. As several US retailers have streamlined the returns process, consumers are increasingly willing to try out products in a range of categories — including homewares and electronics — knowing they can return them with minimal hassle, said Tobin Moore, chief executive of Optoro, a retail technology company.

“People are taking more risks with the goods they’re buying online,” he said.

Optoro expects a 15 per cent year-on-year increase in the value of goods bought in store and online that are returned between Thanksgiving in late November and the end of January.

The rise in two-way traffic is helping to fuel a boom for logistics groups. FedEx, whose sales in its most recent quarter were its strongest on record thanks to the online shopping surge, said in December that it expected “record high” levels of returned packages to “continue over the next several months”.

Returns are costly for retailers, not least because the resources deployed to sell the product are squandered. Dealing with returned items is complex, and merchandise that would otherwise be available for purchase is taken out of circulation, requiring extra inventory.

Even so, retailers risk losing out if they try to put customers off the habit, said Sucharita Kodali, a former executive at the department store chain Saks who is now a retail analyst with Forrester.

The highly competitive sector gave customers plenty of options, she said. “Consumers won’t buy from retailers in the first place if they don’t like the return policy,” she said. 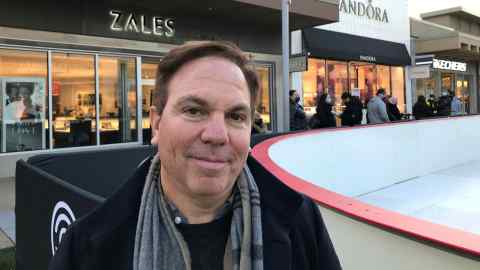 About half of returned goods have little or no salvage value, according to Ms Kodali. In the past year in the US, Optoro estimates, almost 6bn pounds (2.7bn kg) of returned goods — equivalent to about 6,700 fully loaded Boeing 747 jets — could have gone to landfill.