In December 1982, under a Christmas maelstrom of hype, anticipation and corner-cutting, Atari released the video game of ET The Extra-Terrestrial with just enough time for parents to have it under the tree by the 25th.

The game was a rushed disappointment for the ages. It now echoes powerfully 38 years later as the gaming and investment worlds contort themselves around the failed December 10 launch of Cyberpunk 2077. The futuristic adventure had glitches so numerous that, within days of its release, there is a cottage YouTube industry collating the worst of them.

Last week, as well as offering refunds, Sony abruptly pulled the game from its online PlayStation Store — a radical move that suggests a new bet on the changed landscape of the games industry.

Cyberpunk, produced by the Warsaw-listed Polish developer CD Projekt Red, had been a bloated eight years in the making. It comes in a long line of half-cooked festive gambles for the $160bn games industry. The monstrosity that emerged when Atari tried to capitalise on ET fever was the textbook outcome of overexcitement, over-promise and overbearing executive pressure.

Gamers, in that intervening period since that launch, have become immeasurably harder customers to work for: polarised between manic excitability and enraged fussiness over games that cost around $70.

Some 8m copies of Cyberpunk were pre-ordered across the PlayStation, Xbox and PC platforms ahead of the release. The haste to launch by CD Projekt Red, which has suffered a 35 per cent share price fall since the eve of the game’s release, is understandable. The company generated its colossal global fan base as the producer of the 2015 blockbuster Witcher 3. The anticipation for Cyberpunk fed on that, as did the disappointment when the game’s release was twice delayed earlier this year. 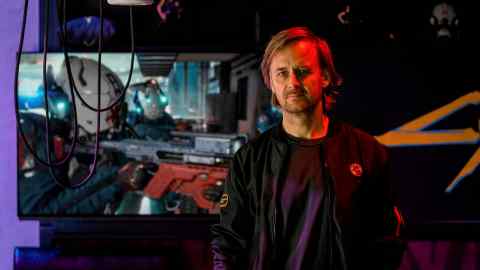 Sony’s decision to pull the game from its online store while CD Projekt works on a major fix (the first of which has been promised for January) is a particularly striking departure from the traditional approach.

It reveals much about the tangled corporate calculus at play as the Japanese console-maker considers its relationships with critically important third party developers like CD Projekt. Sony is facing the threat of future disruption from streaming services by Amazon and Google as it navigates the opening weeks of what is likely to be a seven-year “console war” with rival Xbox producer, Microsoft.

Sony’s bland explanation for the decision is that it “strives to ensure a high level of customer satisfaction”. Built into that phrase is its understanding of what it has put at stake. The rage at a half-baked game may rightly be aimed at the developer, but it is a Sony-branded controller the gamer holds when the game glitches, and fury is contagious.

Sony’s problem here is that it has invested decades in actively lodging in gamers’ minds a direct association between the game and the platform. It now plans to leverage the cohesive power and reputation of its platform even harder: both as a shield against the disruption of newcomer streaming services, and as a sword as it takes on Microsoft’s next generation console.

The company’s shares now stand at a 20-year high in large part because investors believe Sony has made the right strategic call. But these are delicate times: the Cyberpunk debacle catches Sony when it is attempting to move its 114m strong user base of PlayStation 4 owners to the next generation PlayStation 5 launched in mid-November even though it cannot produce enough of the new machines to meet demand.

With its long-term strategy in mind, Sony appears to have decided on a zero-tolerance approach to protecting its brand. It has sent a message that gamers have a “right” to a near perfect product at the point of launch, and that developers should never mess with that.

Sony can ill-afford to be on the receiving end of gamers’ fury. There is a very fine line between disappointment at a delayed game and rage at a half-baked one. Sony has decided to project itself as the platform that will grudgingly opt for the former over the latter. Microsoft has (so far) decided not to pull Cyberpunk from its online store. That may grant Sony what it hopes is a moral superiority that gamers will ultimately reward. They are probably more fickle than that.