Don’t knock virtual Christmas parties until you try one


The other day a box arrived on my doorstep containing three bottles of organic wine and a note.

“Try and resist opening these bottles before the event,” said the PR outfit organising what turned out to be my awkward first brush with a virtual Christmas party.

This one involved a wine tasting and my expectations were low.

Although these gatherings did not exist a year ago, it is widely agreed they are awful duds.

When the FT reported on the raft of online year-end bashes British businesses have been staging, readers did not respond well. “Sounds like a complete nightmare,” said one. “God I hope my company doesn’t do this,” said another.

To be fair, some events involved virtual bingo and wreath-making, for reasons that escape me. Also, a lot were put on for staff, not outsiders, and a survey has just confirmed what I have always vaguely suspected: 43 per cent of British workers think office Christmas parties are a waste of time. 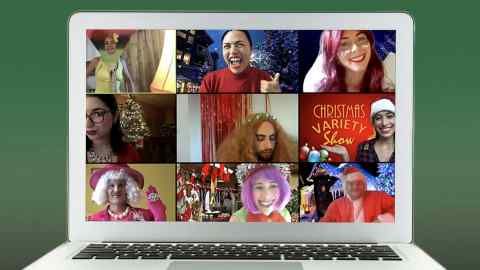 In these virtual times, the same survey found that, given the choice, most people would rather have money to throw their own party at home.

Still, anyone invited to a work party of any sort this year is doing well, especially if they are American. One US survey found most companies had no plans for a year-end party of any sort and only 17 per cent were planning an event online.

Either way, having had a taste of the virtual party myself, I think the carping is overdone.

I had never heard of the people who suddenly invited me to their Covid-friendly wine-tasting, nor the wine bar providing the sommelier. In another year, I might have given it a miss.

But after nine months of working from home, the idea of doing something festive appealed.

There were a few glitches to begin with. It took a while to check the wine home delivery did not breach FT corporate hospitality guidelines, written in a pre-Covid era. And on the night of the event itself, I suddenly realised I had no idea what people wear to a virtual Christmas party. Rooting through my wardrobe, I decided to go with a faintly shimmering top and a jacket unworn all year. This was unwise. When it came time to log on to the Zoom call, it was immediately apparent that most people had sensibly decided to stay in whatever they had on at the time.

Also, I was sitting at my desk, in front of my computer, with three bottles of freshly opened wine. William Faulkner may have written with a whiskey in reach. Dorothy Parker may have said “I’d rather have a bottle in front of me than a frontal lobotomy”. But typing while drinking was new for me and odd. 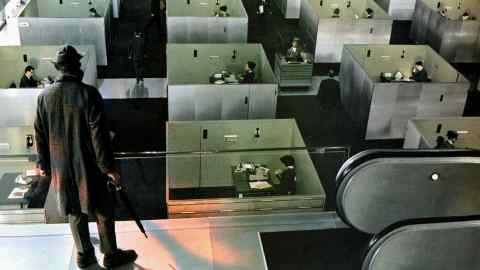 Partying with a bunch of strangers online is also not conducive to sparkling conversation. “Hi,” I said to no one in particular as we waited for things to kick off. Seconds passed.

“How are you?” someone eventually said. “I’m fine,” I said. More silence.

“Hi!” said several people who all started talking at once and were impossible to understand.

At this point I texted my other half, who was working downstairs, to demand he join me. He trotted upstairs, poured himself a glass, but took one horrified look at the screen and backed away.

Finally, Johnny the sommelier arrived and the tasting began. Organic or natural wine was new to me, as was Johnny’s warning that it could have a “farmyard, funky vibe”.

The downsides of the gathering were obvious. I would have liked to have chatted with some of those present one-on-one, but the Q&A button on Zoom is not meant for such things.

Still, when I asked people at the end what they thought, a lot were, like me, pleasantly surprised. One woman with a toddler said she would never go to a wine tasting ordinarily, so the accessibility of the event was a plus. There was widespread agreement that not having to rush for the Tube was an advantage.

I cannot say I see these events taking off. Like so much else in 2020, I suspect we will look back on them with a degree of astonishment. But in a year of far too little cheer, anything that lifts a spirit here and there is welcome.