Facebook has stopped a small-scale online disinformation campaign in African countries that it linked to the French military, marking the first time it has found such operations associated with a Western government.

The social media company said it culled more than 100 Facebook and Instagram pages and accounts, which had less than 7,000 followers.

The operation, which has been ongoing since 2018, used fake profiles, accounts and photos including AI-generated pictures designed to look like locals in French-speaking African countries, the main target of its commentary, according to Facebook.

Facebook said the operation, which it linked to “individuals associated with the French military”, made supportive posts about that country’s military, and about themes such as France’s policies in francophone Africa, for example.

“This is, I believe, the first time we have announced a network that is linked to individuals associated with a Western government or military operation,” said Nathaniel Gleicher, Facebook’s head of security policy.

The French defence ministry did not immediately respond to a request for comment.

The operation was also involved in criticising Russia’s involvement in the Central African Republic, and making claims about Russian interference in the country’s election later this month.

Uniquely, it duelled with a separate covert propaganda campaign led by Russia in the region, in what Facebook said was the first example in its history of takedowns of two foreign influence campaigns actively engaged with each other.

“Each side trolled the other with insulting videos and memes; each side made false accusations against the other; each side used doctored evidence to support their accusations,” Graphika, a research group, and the Stanford Internet Observatory said in a joint report about the activity.

France has more than 5,000 troops fighting jihadis in the Sahel region including in Mali, Niger and Burkina Faso. Anti-French protests have also cropped up across the region, with some politicians attacking the country’s presence as “neo-colonial”.

The French actions predated the Russian activity, some of which was exposed last year and included the creation of fake news outlets.

Facebook attributed the Russian activity to the Internet Research Agency, the ‘troll farm’ which attempted to influence the 2016 US presidential election, as well as Russian businessman Evgeny Prigozhin. 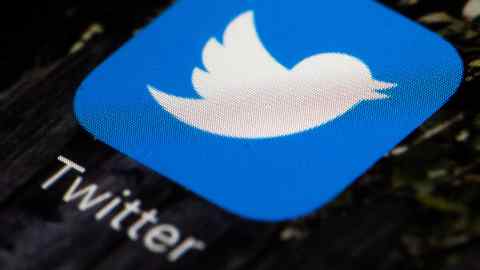 Graphika, which also identified at least two YouTube channels and 20 Twitter accounts linked to the same French campaign, noted that the move was a “departure from the French Government’s stated principles on how democracies must tackle “information manipulation”.

Twitter said it had “taken action on a small number of Twitter accounts based on close co-ordination with our peers” but added: “We do not have country-specific information to share at this time and our investigations are ongoing.”

Mr Prigozhin, the caterer known as “Putin’s chef” who owns the IRA, in a statement said Facebook was working “exclusively to advance the interests of American oligarchy and . . . the US”.

Additional reporting by Victor Mallet in Paris, Neil Munshi in Lagos and Max Seddon in Moscow