Ford to cease manufacturing in Brazil after more than a century


Ford would stop manufacturing vehicles in Brazil this year with the loss of up to 5,000 jobs, the company said on Monday, in an attempt to drag its South American operations back into the black.

The US carmaker has been producing vehicles in Brazil for more than a century but its operations there have been a cash drain since the country’s economic downturn in 2013.

“In Brazil, and South America more broadly, the market simply doesn’t and isn’t going to support our cost structure in the region,” Ford said.

Workers will immediately stop making vehicles at Ford plants in Camaçari and Taubaté, although some will continue making parts needed for service. A third plant in Horizonte will cease operations by the end of the year.

As a result, the company would no longer sell the EcoSport SUV, the Ka subcompact car or the T4 off-road vehicle in Brazil, it said.

Lyle Watters, president of the division and Ford’s international markets group, said in a memo to the region’s employees that the devaluation of regional currencies had “increased industrial costs beyond recoverable levels, and the global pandemic has further amplified issues, leading to even higher idle capacity and lower vehicle demand in South America, particularly in Brazil”.

Meanwhile, production shrank by nearly a third in 2020. The country’s car industry only used 40 per cent of its production capacity last year.

Mr Watters said in his memo that Ford was working with unions to “mitigate the effect” on the 5,000 workers at the three plants.

The move in Brazil is the latest step in an $11bn restructuring effort launched in 2018, through which it is attempting to reach a margin of 8 per cent on earnings before interest and taxes. 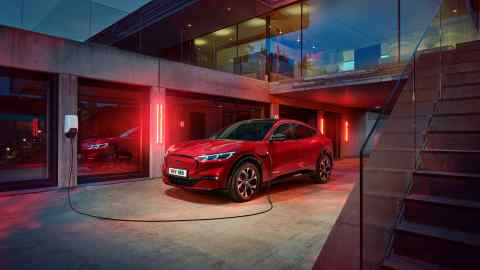 In North America, the company has stopped making cars, with the exception of the Mustang, in favour of more profitable pick-ups and sport utility vehicles. In Europe last year it cut 12,000 jobs. And less than two weeks ago, it scuttled plans for a joint venture with Indian carmaker Mahindra, in a rethink of its capital allocation priorities.

Ford’s plants in Argentina and Uruguay will remain open, as will certain Brazilian operations, including its product development centre, proving ground and regional headquarters in São Paulo.