The German cabinet has agreed a new IT law that gives the authorities the power to block Chinese telecoms equipment maker Huwaei from Germany’s 5G network on security grounds.

But in contrast to other countries such as the US, UK and Sweden, it does not exclude the Chinese company outright from the German telecoms market.

The law, described by interior minister Horst Seehofer as a “breakthrough for Germany’s cyber security”, envisages much more stringent checks of potential telecoms suppliers than has been the case up till now.

In a major innovation, operators will have to inform the authorities ahead of time about the critical components they plan to deploy in their infrastructure, and officials can then prohibit their use “if it conflicts with the overriding public interest, in particular security policy concerns”.

Vendors of critical components will also have to provide assurances as to their “trustworthiness” and ensure that their products cannot be used for the purposes of sabotage, espionage or terrorism. If the authorities come to the conclusion that a provider has violated this written guarantee, or has become aware of vulnerabilities in its components which it has then failed to fix, those can then be banned from the 5G buildout.

The Trump administration long pressured US allies to take a hard line against Huawei, saying its equipment could be used by Beijing to conduct sabotage and espionage.

But Angela Merkel, chancellor, proved resistant to American pressure, saying she preferred to raise security requirements for all suppliers. German officials fear China could retaliate against a Huawei ban by making life difficult for German companies that rely heavily on the Chinese market. 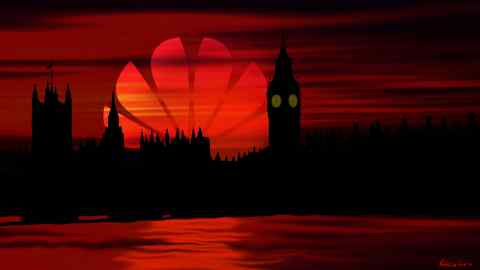 Ms Merkel’s spokesman Steffen Seibert emphasised on Wednesday that the new law “is in principle about our IT security and not about individual manufacturers”.

Some critics have argued that the law does not go far enough. Though it gives the government the power to block high-risk vendors, “unlike the legislation we’ve seen in other European countries like the UK or Sweden, it doesn’t send a clear signal about whether the German government intends to make full use of this power”, said Noah Barkin, an expert on Europe-China relations at research firm Rhodium Group.

But MPs who have been closely involved in discussions about the law said it could make it next to impossible to include Huawei in the next-generation mobile network.

“Obviously a lot depends on how it is applied,” said Nils Schmid, an MP for the Social Democrats (SPD). “But the crucial thing is that it gives us the ability to exclude Huawei. Now it all depends on whether the political will is there to do it.”

He said Ms Merkel had moved significantly on the Huawei issue over the past few months. “In the end she was forced to accept this [new tougher] approach because the pressure from the SPD and also from sections of her own party, became too great,” he said.

But Gyde Jensen, an MP for the liberal Free Democratic party, described the new cyber security law as “cowardly”. “We now know that Huawei provides technology to the Chinese government that enables the mass surveillance and repression of Uighurs in Xinjiang on an industrial scale,” she said. “It’s embarrassing that despite this . . . the German government sticks with this diplomatic solution for excluding Huawei.”

Huawei welcomed the law, saying: “We believe this means that for the 5G rollout there will be higher and uniform security standards for all technology vendors.”