Indonesia’s two most valuable start-ups are in advanced talks to merge and go public within the year, creating a technology empire worth more than $18bn that would be one of south-east Asia’s biggest companies.

Ride-hailing and payments group Gojek and ecommerce unicorn Tokopedia have signed a term-sheet and will conduct due diligence over the next couple of months, three people familiar with the negotiations said.

Approval from Japanese billionaire Masayoshi Son, whose company SoftBank has invested in Tokopedia, has given the deal extra heft, one of the people said

The deal is unexpected given that Gojek spent much of 2020 in merger discussions with Grab, its main rival in the region. But a stalemate between the two ride-hailing companies in December over ownership structure opened up an opportunity for Tokopedia, which had discussed a deal with Gojek as early as 2018.

Gojek, Tokopedia, SoftBank and Grab declined to comment on the merger talks, which were first reported by Bloomberg.

The Tokopedia-Gojek tie-up would create a national tech champion for Indonesia, the world’s fourth most populous country, which is struggling to contain the economic fallout from the coronavirus pandemic. It would be the sixth-biggest listed company behind Unilever Indonesia with a combined 138m monthly active users.

“The vision here is doing what Alibaba and Amazon have achieved with ecommerce and logistics,” said one people with direct knowledge of the discussions.

Neither of the companies, which were both founded in 2009, is profitable. But they count some of the world’s biggest technology groups as investors including US tech giants Google, Facebook, Microsoft and PayPal and China’s Alibaba, Tencent and Meituan.

News of the talks followed Tokopedia’s December announcement that it was pursuing a public listing this year.

Unlike Grab and Gojek, which have a history of acrimony, Tokopedia and Gojek’s founders have friendly relationships and the companies already partner for logistics and payments services.

Frank Troise, managing director and chief executive at SoHo Advisors, a fintech investment bank, said the deal would lower customer acquisition costs for both companies, allowing for many cross-selling opportunities.

“This is a fantastic fintech diversification move in the key market for south-east Asia, versus just simply doubling down on a ride-share value proposition that only benefited certain key stakeholders and shareholders,” he said. 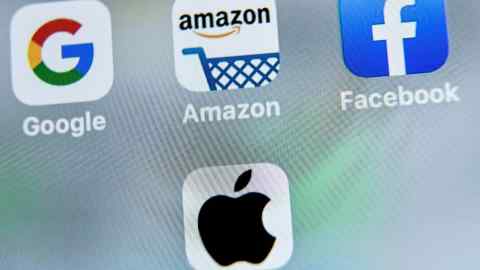 The merged entity would have a holding company — similar to Alphabet and Google — which would list on Indonesia’s exchange in the second half of the year. A second listing on a market such as the Nasdaq is also being considered.

The deal is unlikely to raise the same antitrust concerns as a Gojek-Grab tie-up, to which some delivery and ride-hailing drivers had already voiced opposition.

But both companies are still burning through funds competing with rivals — Tokopedia with Alibaba-owned Lazada and Tencent-backed Shopee and Gojek with Grab across several south-east Asian countries in addition to Indonesia.

“Those rivals will not disappear in the event that a deal happens so profitability and cash burn are still issues,” said one analyst.