Shares in JD Health, the healthcare unit of Chinese ecommerce group JD.com, jumped as much as 34 per cent on their trading debut after raising $3.5bn in Hong Kong’s biggest initial public offering of 2020.

The company, which sells pharmaceuticals and health services online, trimmed those gains to trade 24 per cent higher in morning trading on Tuesday.

Demand from investors for shares in JD Health heavily outstripped supply. The company sold 339.9m shares at HK$70.58 ($9.11) each, or slightly more than 12 per cent of its share capital, according to a term sheet. That gives the company a valuation of nearly $29bn.

If bankers exercise a so-called over allotment option, which would boost the size of the offering by 15 per cent, the IPO could surpass $3.9bn.

JD Health is Hong Kong’s first big tech listing since Chinese regulators in November stepped in at the last minute to suspend payments business Ant Group’s proposed $37bn IPO, which would have been the world’s biggest.

Andy Maynard, managing director at China Renaissance Securities in Hong Kong, said the deal was a “landmark transaction” and JD Health’s shares could rally further. “We’ve still got a lot of institutional buyers because it was so heavily oversubscribed.”

The company and other Chinese online healthcare platforms including Ping An Good Doctor and Alibaba’s AliHealth have reported surging revenue and user activity this year. Patient fears over visiting hospitals during the coronavirus outbreak in China caused online consultations to jump in early 2020.

Online consultations and pharmacies also offer a potential way to plug longstanding gaps in China’s healthcare coverage, where the best doctors and equipment are concentrated in top-tier hospitals in the country’s big cities.

JD Health’s internet pharmacy business had 72.5m annual users last year and its healthcare platform, which allows patients to connect with medical professionals over the internet, has over 65,000 doctors.

For the six months to June, JD Health reported a Rmb5.4bn ($820m) loss on Rmb8.8bn in revenue, with the latter growing 76 per cent year-on-year.

JD Health’s offering comes as Hong Kong’s bourse has been boosted this year by a bumper crop of so-called homecoming listings by Chinese groups. The Trump administration has been progressing legislation that could cause Chinese companies to be delisted from US exchanges. 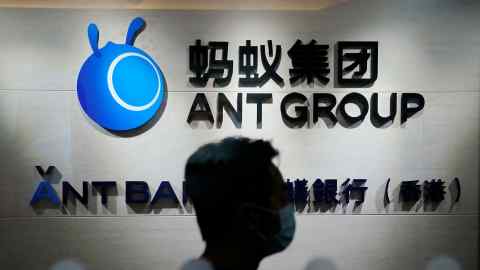 JD Health is one of a number of subsidiaries of JD.com in the process of tapping capital markets. JD Digits, a fintech company, filed for an IPO in Shanghai in September.

Underwriters on the deal include BofA Securities, UBS and Haitong Securities.