Ursula von der Leyen, European Commission president, has raised hopes of a post-Brexit trade deal by telling MEPs on Wednesday that “there is a path to an agreement now”, albeit a narrow one.

Later Boris Johnson, Britain’s prime minister, told MPs that there was “every hope, every opportunity” a deal could be secured in the coming days if the EU’s 27 member countries recognised British sovereignty in important areas.

Mr Johnson’s spokesperson confirmed on Wednesday that there had been “progress in some areas” of the talks but warned “it still remains there are significant gaps”. The official added that “we will continue to work, we will go the extra” to secure a deal.

Sterling hit its highest level for two years as MPs were put on standby to approve any deal in an extended sitting of the House of Commons, which had been expected to rise on Thursday for its Christmas break.

Jacob Rees-Mogg, leader of the Commons, is expected to tell MPs on Thursday that they will sit next Monday and Tuesday, amid signs that talks were edging towards a deal. Bookmakers now offer odds implying an 81 per cent chance of a deal.

“As things stand, I cannot tell you whether there will be a deal or not, but I can tell you that there is a path to an agreement now,” Ms von der Leyen told the European parliament. “The path may be very narrow but it is there and it is therefore our responsibility to continue trying.

“The good news is that we have found a way forward on most issues, but this is now a case of us being so close and yet being so far away from each other. Because two issues still remain outstanding, you know them: the level playing field and the fisheries.” 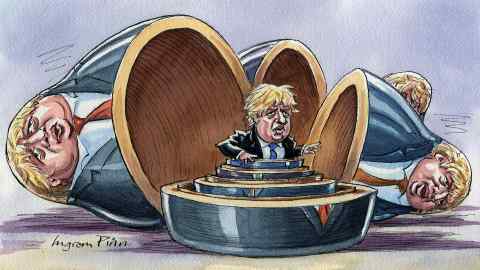 She said that on state aid, progress had been made based on guarantees of domestic enforcement “and the possibility to autonomously remedy the situation where needed”.

But she added that difficulties remained on the question of how to really future-proof fair competition, but that issues linked to governance — the enforcement of the treaty — were “largely being resolved”.

She added: “On fisheries, the discussion is still very difficult. We do not question the UK’s sovereignty on its own waters, but we ask for predictability and stability for our fishermen and our fisherwomen.

“And in all honesty, it sometimes feels that we will not be able to resolve this question. But we must continue to try finding a solution. And it is the only responsible and right course of action.”

Mr Johnson told MPs that a deal could be secured if the EU recognised British sovereignty over its laws and fisheries, but there is a growing view among Tory MPs that an acceptable deal is taking shape.

Eurosceptic Tory MPs say they could accept a mechanism to manage the future divergence of regulations provided it was proportionate, predictable and could be used by both sides.

Fishing access is now the biggest stumbling block and much hangs on whether Ms von der Leyen can sell a compromise deal that satisfies both Mr Johnson and French president Emmanuel Macron.

The pound climbed as much as 0.65 per cent to $1.3548 amid the rising expectations of an agreement. The last time it traded at these levels was in May 2018. Sterling’s rise was also aided by broad weakness in the US dollar. The British currency was recently up 0.2 per cent against the euro at €1.1095.