Rio Tinto has named its finance director Jakob Stausholm as its next chief executive as the Anglo-Australian miner attempts to rebuild its reputation following the destruction of a sacred Aboriginal site.

The appointment of Mr Stausholm, a Danish national who joined Rio from shipping company AP Moeller-Maersk in 2018, will surprise many investors and analysts, who expected the company to pick an external candidate.

Rio launched the search for a new chief in September after its current head Jean-Sébastien Jacques stepped down following an investor backlash over the destruction of two 46-000-year-old rock caves to make way for a mine expansion in Western Australia.

Canberra had asked Rio to select an Australian as its next chief executive, while investors had called on the company to sharpen its focus on a country that generates the bulk of its earnings.

Would I have seen him as the natural guy to run the second-largest mining company in the world? Probably not

“Jakob has already made a significant contribution to the performance of the Group in his role as chief financial officer,” Mr Thompson said in a statement.

Rio has one of the strongest balance sheets in the mining industry thanks to rising iron ore prices, and under Mr Jacques has returned billions of dollars of cash to shareholders.

When Mr Stausholm, 52, takes the helm of the company at the end of the year, his first task will be to repair the miner’s relationships with Aboriginal groups.

He will also have to manage the fallout from delays to a copper project in Mongolia. In addition, Rio faces several regulatory issues including an investigation into payments to a consultant who helped the company secure the rights to an iron ore mine in Guinea.

As a result of Mr Stausholm’s appointment, Rio named Peter Cunningham as its interim chief financial officer and said Mr Jacques would step down as chief executive at the end of the year.

Mr Stausholm will receive a basic salary of £1.15m.

Peter O’Connor, analyst at Shaw and Partners, a Sydney-based broker, said the appointment was unexpected and probably reflected the lack of depth of the internal management bench at Rio Tinto, as well as perhaps a failure to convince a high-calibre external candidate to take the post. 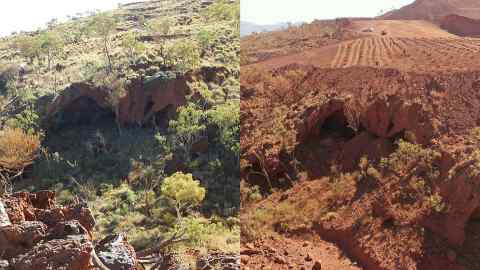 “Jakob Stausholm has been very good in his current role as CFO and has engaged with the investment community from his very first trip out here,” said Mr O’Connor.

“He’s also built up a very detailed knowledge of the business, as he can answer minute questions in detail. But would I have seen him as the natural guy to run the second-largest mining company in the world? Probably not. His CV is more financial than operational.”

Mr O’Connor added that Rio probably did had not intentionally resist the request by Australia’s treasurer Josh Frydenberg to appoint an Australian. It was more likely that it lacked adequate candidates.

“Is that a worrying a sign of how the company is placed and how daunting the role is?” Mr O’Connor said.

Energy is the world’s indispensable business and Energy Source is its newsletter. Every Tuesday and Thursday, direct to your inbox, Energy Source brings you essential news, forward-thinking analysis and insider intelligence. Sign up here.