The video game platform Roblox was valued at $29.5bn after a capital raising and said it would go public through a direct listing, in a reversal of plans after several eagerly-received initial public offerings caused concerns about the share-pricing process.

The San Mateo-based company said on Wednesday that it would file a registration statement with the Securities and Exchange Commission for a direct listing on the stock market, a process that usually does not result in any new capital being raised. Roblox did not say how many shares would become available for immediate trading.

Its announcement marked a rare example of a company publicly switching from a traditional IPO to a direct listing, an alternative route to public markets that some backers argue is more efficient and results in a fairer price for a company’s shares.

Roblox had originally filed for an IPO that advisers expected to occur before the holiday season last year. But it later changed course after the tech groups Airbnb and DoorDash experienced large first-day trading “pops” in early December, delaying the listing to 2021.

“Based on everything we have learned to date, we feel there is an opportunity to improve our specific process for employees, shareholders and future investors both big and small,” David Baszucki, Roblox chief executive, wrote in a memo to staff in December.

Roblox would join a small but growing group of companies favouring a direct listing. The workplace collaboration company Asana and data analytics group Palantir both went public through the alternative process on the same day in September last year. 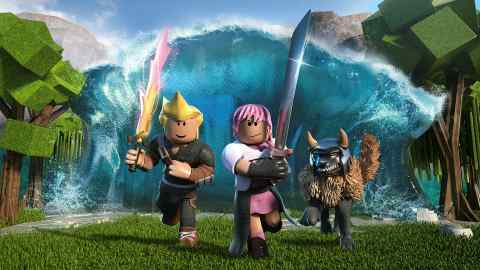 Separately, Roblox said investors led by Altimeter Capital and Dragoneer Investment Group had invested $520m that valued the company at $29.5bn, including the new capital.

That figure represented a more than seven-fold increase from the valuation investors assigned Roblox in February, underlining the rapid growth it has experienced during the coronavirus lockdowns.

Roblox earned almost $1.2bn in the first three quarters last year from selling its virtual currency to gamers, though it remained lossmaking.

Start-ups sometimes raise large rounds of financing before going through direct listings, in lieu of the proceeds they would normally receive from an IPO. Roblox said investors agreed to purchase shares at $45 a piece, a price that could help guide first-day trading in the company’s stock.