Two US Securities and Exchange Commission members with personal ties to Robinhood employees sat out the agency’s enforcement settlement with the popular trading app this month.

The SEC’s outgoing chairman, Jay Clayton, and its current acting chief, Elad Roisman, did not participate in Robinhood’s $65m settlement of charges that it failed to provide its customers with the best prices for trades on its platform, according to agency disclosures.

Just three of the SEC’s five members approved the Robinhood settlement. The Robinhood case was the only SEC settlement in 2020 that had two commissioners not participate in a vote, the disclosures show.

While the SEC declined to comment about why Mr Clayton and Mr Roisman did not participate, both have ties to people hired by Robinhood this year. Commissioners will recuse themselves from enforcement matters when there are potential conflicts of interest.

Robinhood hired Lucas Moskowitz, who had previously been Mr Clayton’s chief of staff at the SEC, in August to join its regulatory affairs team. In May it recruited a former SEC commissioner, Dan Gallagher, to be its chief legal officer. While at the SEC, Mr Gallagher hired Mr Roisman as a counsel.

The company declined to comment. Robinhood has been staffing up with former regulators as scrutiny of its business has intensified, following a period of intense growth.

The app, founded in 2013, had been the driver of a boom in retail investor trading that has helped to propel financial markets — and tech stocks in particular — higher this year. It is now looking to go public itself in 2021. 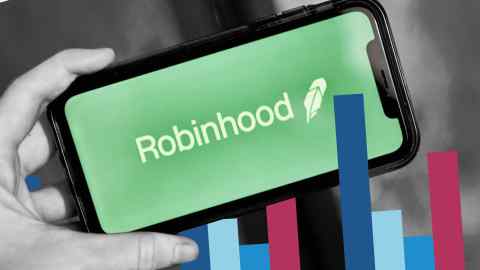 Robinhood repeatedly failed to disclose that it receives payments from market making firms in return for routing its customers’ orders to the firms, according to the SEC settlement. Customers would have achieved significantly better prices for their trades if they had been routed to other brokers, the SEC found.

The regulator’s settlement with Robinhood was announced six days before Mr Clayton stepped down after more than three years as SEC chairman. The agreement did not include some of the agency’s harsher enforcement tools such as requiring a company to admit to wrongdoing or individual sanctions for executives.

Robinhood was also sued this month by the securities regulator in Massachusetts. The state alleged Robinhood acted “without regard for the best interests of its customers” by using aggressive marketing and “gamifying” investing.

The company also failed to properly maintain the systems supporting its swelling customer base, leading to as many as 70 disruptions or outages between January and November, Massachusetts said.