One of South Korea’s top 10 conglomerates is facing investor outrage over a proposed $3bn merger of two retail units from foreign and minority shareholders who say the deal unfairly favours the group’s founding family.

Investors say the merger proposed by GS Group shortchanges minority stakeholders. It is the latest sign, they say, that efforts by the administration of President Moon Jae-in to reform the sprawling family-run groups are failing despite rising investor activism in the country.

GS Group is South Korea’s eighth-largest conglomerate by assets and one of the country’s oldest such family-run groups, known as chaebol. It is an offshoot of the family behind the LG group, with Won66.8tn ($60bn) in assets and interests ranging from retail to energy and construction.

In November, it announced a plan to combine GS Retail with GS Shop, its home shopping affiliate, in July 2021 to strengthen their retail business in the face of stiff domestic competition.

But the group’s proposed merger ratio of 4.22 shares of GS Retail for one share of GS Shop has angered investors. The situation has evoked the contentious tie-up of two units Samsung pushed through in 2015 after seeing off an activist challenge, and Hyundai Motor’s group restructuring plan three years ago that was shelved due to strong shareholder opposition.

Investors have also bristled over a restructuring plan by LG Corp. Last month, US-based activist hedge fund Whitebox Advisors launched a campaign to halt a spin-off of several affiliates that it said was aimed at helping a member of the founding family start his own business rather than creating value for shareholders. 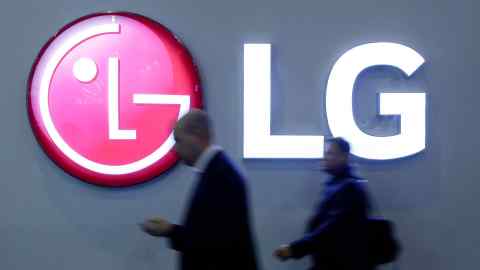 Minority shareholders of GS Shop say the merger ratio undervalues the country’s biggest home shopping network, which averages more than Won100bn in annual net profit and has about Won600bn in cash and cash-equivalent assets.

“The merger is similar to the Samsung case in nature as the merger ratio favours the controlling family and it doesn’t properly reflect corporate value,” said Albert Yong, managing partner at local hedge fund Petra Capital Management. “Opaque deals that benefit large shareholders at the expense of minority shareholders are still happening.”

The companies say the ratio was decided in line with prevailing South Korean regulations.

The founding Huh family owns more than half of GS Holdings, which controls 66 per cent of GS Retail and 36 per cent of GS Shop. GS Retail runs a chain of convenience stores, supermarkets and hotels in South Korea while GS Shop has about 18m customers.

“GS Shop was significantly undervalued, despite its substantial asset value,” said a US hedge fund manager with investments in the country.

But analysts say investors face an uphill battle to block the deal at the shareholder meeting scheduled for May.

Foreign investors own 26 per cent of GS Shop, less than the group’s holding company. State-run National Pension Service, which has a 5 per cent stake, has said it will vote on the deal according to its stewardship code, which stresses the importance of its fiduciary duty.

“The GS deal will likely win shareholder approval without much trouble,” said the US hedge fund manager. “It is just disappointing to see the interests of minority shareholders continue to be ignored in the country.”