A group of 10 Republican state attorneys-general has opened a new front in the US antitrust actions against Google, accusing the internet group of abusing its monopoly over parts of the online advertising market.

The case comes two months after the US Department of Justice, backed by 11 states, filed a lawsuit accusing Google of using a web of contracts and partnerships with other companies to block distribution of rival search engines.

Ken Paxton, the Texas attorney-general who led the group, disclosed the lawsuit in a video on Facebook — a company he and 47 other AGs sued for antitrust violations last week, alongside the Federal Trade Commission.

Google had “repeatedly used its monopolistic power to control pricing, [and] engage in collusions to rig auctions in a tremendous violation of justice,” he said. Referring to Big Tech, he added: “It’s time for them to learn the hard way that you do not mess with Texas.”

The case accused Google of “anti-competitive conduct, exclusionary practices, and deceptive misrepresentations”, Mr Paxton said. “This goliath of a company is using its power to manipulate the market, destroy competition and harm you, the consumer.” 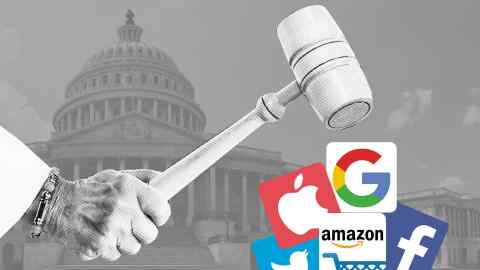 The complaint, filed in federal court in the eastern district of Texas, takes aim at Google’s advertising exchange, which handles the automated bidding and placement for a large volume of advertising around the web.

“In this electronically traded market, Google is pitcher, batter, and umpire, all at the same time,” according to the states. The company “uses its powerful position on every side of the online display markets to unlawfully exclude competition,” they added.