The brilliance of the punk pandemic pivot


As 2020 staggers to a close, it continues to surprise.

Parts of the high streets near my London home, I discovered the other day, have become oddly unrecognisable.

Depressingly, the pandemic has blasted some businesses into oblivion. But, pleasingly, others have pressed on and transformed themselves into something entirely new.

A Turkish restaurant that has been a fixture for years has become a fresh fruit and vegetable grocery. A pub that once did what every other pub did now does click-and-collect soup and mini kegs of takeaway beer. A neighbourhood bistro has launched a wine subscription business and liquor deliveries. 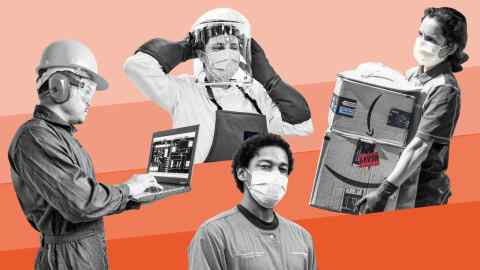 This is not just a London phenomenon. An executive from a big recruiting firm I interviewed the other day said he too had been struck by the way some pubs near his home in the English countryside had abruptly gone into hibernation, while others had switched gears and started delivering pizzas, vegetable boxes and meat from the local butcher.

“Some people have been so clever and agile and others have just shut down and mothballed,” he said. “You look at the future and you know which ones are going to come out the other side with loyal customers who will go back to them.”

Indeed. I had never heard of one tiny restaurant in my area until it did a pandemic pivot and started offering modestly priced takeaway meals. Much as I admire its roast pork and panna cotta, I also plan to stick with it because of its creativity and resilience.

The same principle applies to much larger corporations, of course. Yet the fate of the smaller outfits that line local streets is keenly felt in this year of outsized disruption.

So why do some of these businesses give up while others leap at the chance to reinvent themselves and try something new?

There is no single answer to this question. A pub whose landlord is a big debt-laden conglomerate might find it harder to innovate than an independent operator. A café business that owns its premises and had room to invest before the pandemic is likely to have had more freedom to experiment once Covid-19 struck.

Yet that word “experiment” reminds me of another explanation I came across during a neighbourhood walk not long ago.

I discovered the pandemic had failed to kill off one business I had half-expected to close: a boutique run by the designers behind London’s cultish Antoni & Alison fashion label, Antoni Burakowski and Alison Roberts.

Mr Burakowski, who is 58, was working away inside and said the Covid crisis had obviously been devastating. But he thought that, for some businesses, it had also unleashed what he called an energising “punk time” of DIY, no-rules, try-anything experimentation.

Everything changes at a time like this, he said. “You don’t have to keep looking at things in the same way.”

Perhaps this kind of thinking comes more naturally for someone like Mr Burakowski, who met Ms Roberts when the pair were London art school students.

But it might also help to explain why some businesspeople have been more eager to reinvent their operations than others.

Mr Burakowski is by no means blind to the economic chaos that has enveloped much of the high street. He and Ms Roberts were once among the group of designers who produced ranges for Debenhams, the department store whose roots date back to the 1770s but is on course to be liquidated in the new year.

Yet he had some hopeful thoughts for businesses trying to stay afloat in different ways.

He and Ms Roberts had launched their business in 1987, he said, the year of the Black Monday stock market crash.

“Everybody thought we would fail. Nobody encouraged us.” But looking back, he thought such moments were in some ways a perfect time to start a business.

“Nobody expects you to be an immediate success or be on the stock market straight away,” he said. “It’s almost like a very good training time.”

I hope he is right, not just for the sake of his own business but for all the others striving to make a go of it in a year that has been unlike almost any other in our lifetimes.