Universal Music has acquired Bob Dylan’s entire publishing catalogue in a nine-figure deal, the latest marker of the soaring valuation of music rights in the streaming era.

The deal, which spans six decades of hits such as “Blowin’ In The Wind,” and “The Times They Are a-Changin’,” valued the catalogue in the hundreds of millions. Universal, the world’s largest music label, called the deal the “most significant music publishing agreement this century”, but declined to disclose the price.

Mr Dylan, whose acclaimed songwriting won the Nobel Prize for Literature in 2016, did not formally shop around his catalogue. Rather, the renowned singer-songwriter had been in talks with Jody Gerson, chief executive of Universal Music’s publishing arm, for years, according to people close to the situation.

Unlike many other big artists, Mr Dylan owned the publishing rights to his music, which was administered outside the US by Sony/ATV Publishing.

An iconic catalogue such as Mr Dylan’s generates revenue for decades as his songs continue to be streamed, played on the radio, or used in films and advertisements.

The value of owning music has jumped in recent years as streaming revived the industry. Universal Music was valued at €30bn in a stake sale last year, well above the €6.5bn that SoftBank had offered for it in 2013.

Groups such as the UK-listed Hipgnosis have raced to buy music rights as popular songs provide a predictable income stream to investors. As streaming has become mainstream, millions of new fans are able to discover and play older hits. 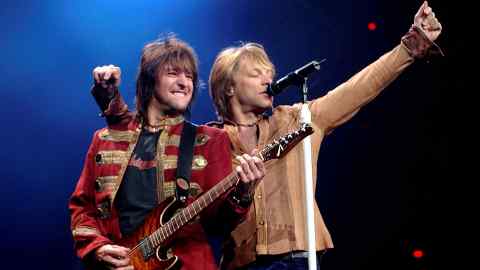 The pandemic has only hastened the gold-rush as streaming on Spotify and other platforms has surged during lockdowns.

At the same time, music rights deals have gathered pace as performing artists who write their songs have looked to sell their royalties to replace the loss of touring income, said Michael Sukin, a longtime music lawyer who has worked with the estate of Elvis Presley.

“The multiples available for publishing catalogues are, on average, higher than I have seen them”, he said, noting that low interest rates have attracted investors to music copyrights as an alternative asset.

Last week it was revealed that Stevie Nicks sold a stake in her publishing catalogue for $100m to Primary Wave, while last month Taylor Swift’s catalogue was sold to private equity group Shamrock for more than $300m.

Although it does not break down the details of individual deals with artists, Hipgnosis has reported spending £560m to buy 42 catalogues — totalling around 10,000 songs — in the year to March 2020.