Corporate bosses have begun lobbying for their workers to receive priority access to a coronavirus vaccine, as US states consider whether to adopt broad and potentially controversial federal guidance for how to define “essential workers”.

Alex Azar, the health secretary, promised on Friday that the vaccine made by Pfizer and BioNTech would start being shipped early next week, with the drugs regulator poised to authorise it within days. But while the first doses will be allocated to healthcare workers and those living and working in long-term care homes, the next phase of distribution is likely to prove far more controversial.

The Centers for Disease Control and Prevention has proposed that “essential workers” should be next in line, which will be considered by the agency’s vaccine advisory committee.

But the CDC’s definition of what makes a person economically essential is broad, accounting for 87m people — including emergency and grocery workers, but also other professions such as lawyers, bankers and gun retailers.

States will have to make the final decision whether to adopt the CDC guidelines once they are approved, and several have already said they will do so. Many are already finding themselves under heavy pressure from companies and industry groups for their workers to be prioritised when the plans are finalised.

Dara Khosrowshahi, chief executive of Uber, sent a letter on Thursday to New York governor Andrew Cuomo asking that the company’s drivers be included among other frontline workers who receive prioritised access to the vaccine.

“They have transported healthcare workers to hospitals, delivered food to people socially distancing at home and helped local restaurants stay in business,” he wrote. “As you finalise your state-level allocation and distribution plans, I encourage you to recognise the essential nature of their work.”

Abe Malkin, a doctor at elite medical practice Concierge MD, said his phone had been “ringing off the hook” with patients eager to get a Covid-19 vaccine, and large companies that want supplies of the vaccine to get employees back to work.

“I think there will be a lot more opportunity for companies to leverage connections because there’s so much more of a grey area with regard to essential workers and who truly actually needs the vaccine,” he added.

Under “law enforcement”, the CDC document lists “workers supporting the operation of firearm, or ammunition product manufacturers, retailers, importers, distributors, and shooting ranges”. And under financial services, it is not just staff at bank branches who are included, but also people working in commercial and investment banking.

The American Bankers Association said that the banking lobby had “advocated that among bank employees already deemed ‘essential’ by the government, those that come in contact with the public every day, such as tellers, should be considered for [the] CDC’s Phase 1b, along with essential workers in other industries”. 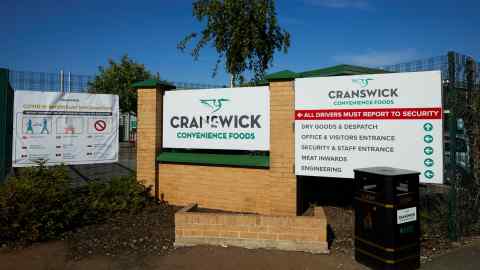 The list has already been reflected in draft distribution plans drawn up by some states. One from Illinois, for example, says: “It is expected that essential frontline workers will include those designated by the US Department of Homeland Security as belonging to categories of Essential Critical Infrastructure Workers who are at a higher risk of exposure and not able to reduce risk through telework or isolation.”

Many experts believe the CDC and its advisory committee will have to define essential workers more strictly if they want to avoid a major public dispute.

Neither the CDC nor the José Romero, the committee’s chair, responded to a request to comment. Helen Keipp Talbot, one of the other committee members, agreed that the list was widely drawn, but added: “Hopefully they make lots of vaccine.”

Ashish Jha, dean of the Brown University school of public health, warned that allowing the wealthy to jump the queue would cause outrage. He called on state public health authorities to redefine “essential workers” as those who are “people-facing”.

“The grocery store worker becomes more important for vaccinations than a banker,” he said. “With all due respect to bankers, much of the work that bankers do can be done — for at least a little while longer — remotely, whereas the grocery store cashier has to interact with hundreds of people.”