Big Wall Street groups said they were halting or reviewing political donations after last week’s assault on the US Capitol, although only a subset said they would target their actions against politicians whose opposition to the presidential election result contributed to the unrest.

JPMorgan Chase, America’s biggest lender by assets, is pausing all donations from its political action committee (PAC) for six months. The bank said the “terrible events of last week” had caused it to “re-evaluate” its political giving strategies to “ensure we are supporting candidates that share our commitment to diversity, inclusivity and a strong economy for all”.

A spokeswoman declined to give details on how much it would have donated in a period that is traditionally quiet for fundraising.

Morgan Stanley is indefinitely halting contributions to the senators and congress members who voted against certifying the results of the presidential election, said a person familiar with the bank’s decision.

And in a memo to American Express employees, Stephen Squeri, its chief executive, said that the attempts by some members of Congress “to subvert the presidential election process” did not align with the credit card company’s values, so its PAC would no longer support them.

The Amex PAC had not backed any of the senators who voted against certifying the electoral college results but it had contributed to the campaigns of 22 House Republicans who cast similar votes.

The American Bankers Association, an industry lobby which was the second-biggest PAC donor to the senators who opposed the election result, said it would announce its plans later on Monday.

The funding manoeuvres mark the most public reproach from Wall Street against an administration that many executives privately decried even as it boosted their bottom lines through tax cuts and looser financial regulations.

Still, several bank insiders admitted that the impact of their actions would be minimal. “It really isn’t the time of giving,” said one, noting that the next congressional elections are not until November 2022 and giving is heavily concentrated in the final six months of the campaign. Another insider said their bank would “catch up” and donate more later in the midterm election cycle, though the funds would be distributed to different candidates in light of last week’s events.

The amounts awarded through bank PACs are typically in the hundreds of thousands or low millions of dollars. The ABA’s contribution to senators opposing the Electoral College result was just over $1.3m according to research by government transparency portal OpenSecrets.org.

In a note to staff, Citi’s government affairs head Candi Wolff said the bank had donated to just one of “the candidates who led the charge against the certification of the Electoral College”.

“We gave $1,000 in 2019 to the campaign of Senator Josh Hawley of Missouri, who represents a state in which we have a significant employee presence,” she said.

“We want you to be assured that we will not support candidates who do not respect the rule of law. We intend to pause our contributions during the quarter as the country goes through the presidential transition and hopefully emerges from these events stronger and more united.”

JPMorgan said the bank believed that “participating in the political process is essential and we fully intend to continue to support our PAC moving forward — but it will look different”. 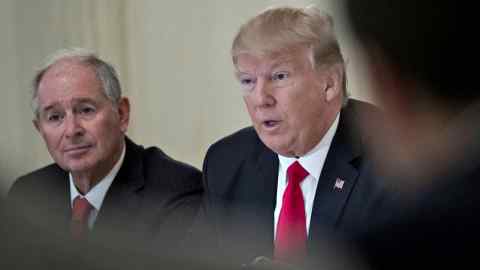 The moves by Wall Street banks echo a rethink of political spending across corporate America. A straw poll of more than 30 chief executives by the Yale School of Management last week found unanimous support for reviewing political spending.

Since then, companies including Marriott, Blue Cross Blue Shield and Boston Scientific have said that their PACs would pause contributions. FedEx, the shipping company, on Monday said it was “reviewing all future political contributions”.

The carmaker Ford announced that it was suspending new contributions, saying “events over the past year have underscored the need for a broader, ongoing discussion about other relevant considerations when it comes to our employee PAC”.

Dow, the chemical company said it was suspending PAC contributions to members of Congress who objected to certifying the election results for up to two years for members of the House of Representatives and up to six years for senators.

Bruce Freed, president of the Center for Political Accountability, said the wave of threats by companies to pull their contributions was unprecedented. “The risk has really caught up with them,” he said.

But he added that contributions through PACs represented a small portion of the total political spending by Wall Street and big companies, whose payments through trade associations and other funding organisations are not subject to the same disclosure requirements.